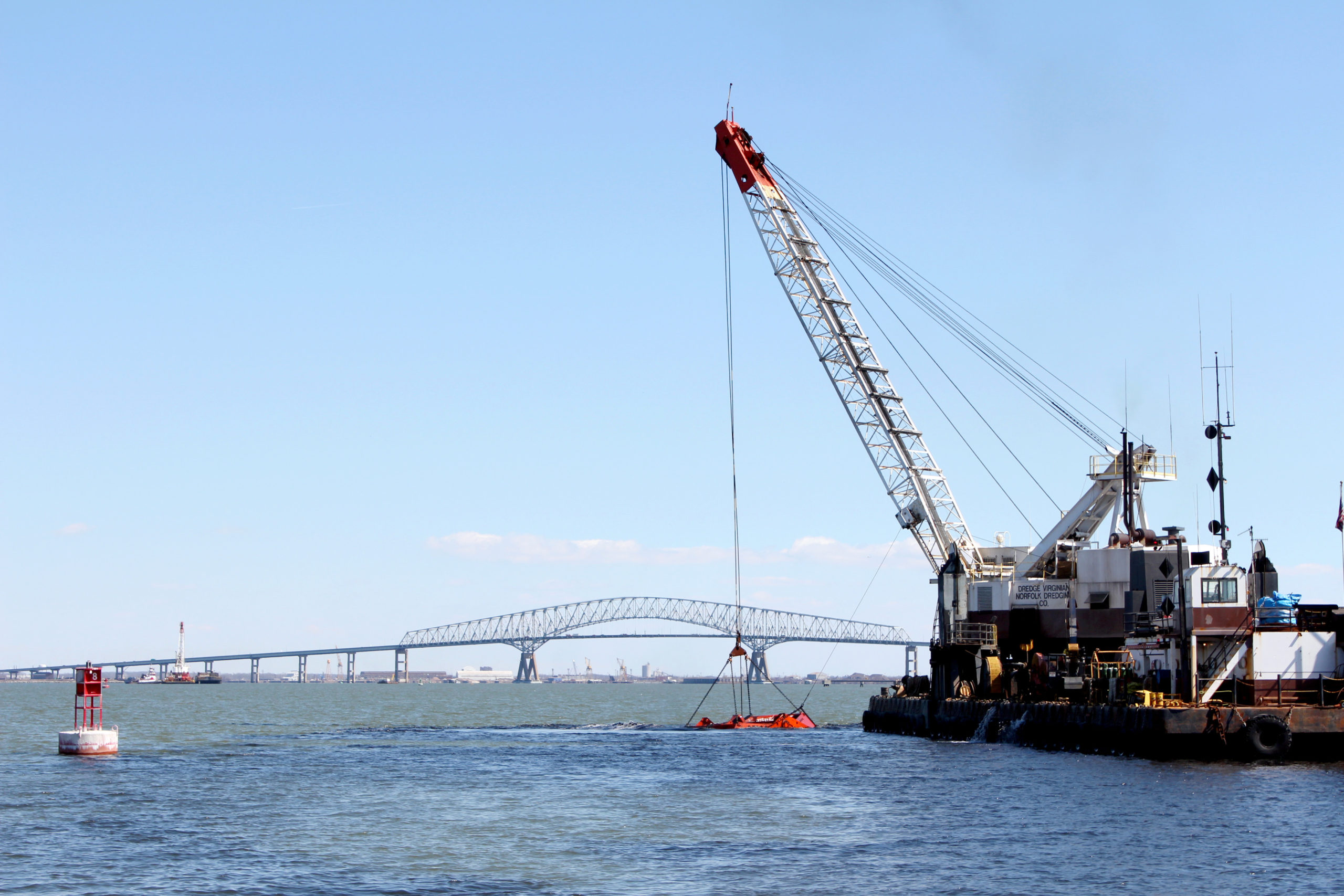 It’s not dredged material. It’s valuable sediment. And the Port of Baltimore wants you to have some.

Millions of cubic yards of sediment are dredged from the port of Baltimore every year, and the state of Maryland is running out of space to put it. But what if dredged material wasn’t just the stuff scraped up from the bottom of the Chesapeake Bay? What if it was actually a valuable resource? That was the pitch of two Maryland Port Administration officials to a room full of investors and entrepreneurs on Tuesday.

Kristen Fidler, director of the Office of Harbor Development, and Kristen Keene, chief of the port’s Dredged Material Management Program, gave a presentation at the inaugural conference of BlueTechMD, a new consortium of businesses, nonprofits and universities focused on technology, innovation and investments that can positively impact Maryland’s waterways.

Dredging the Port of Baltimore isn’t new — the port has been dredged since before the Civil War — but Fidler told the audience that dredged material is a marketable product today, “Dare I say ‘Blue Tech?’”

Every year the Maryland Port Authority dredges about 4.7 million cubic yards of sediment from the waterways serving the Port of Baltimore, which is enough to fill M&T Bank Stadium twice over according to Fidler. Much of the material goes to two massive bowls, Fidler said, but those bowls will be full in about 20 years.

Fidler and Keene said they’re preparing now for that 21st year. There’s already been success in creating Hart Miller Island, a state park near Sparrows Point that has largely been created by dredged material. The island is actually the combination of Hart Island and Miller Island. The island is an important habitat for wildlife, according to the presentation, and it will eventually encompass about 1,200 acres.

There are also potential commercial uses for dredged material. The presentation noted that sediment from the Chesapeake Bay has already been used as cover for Baltimore’s Quarantine Road Landfill.

“It’s hard to make dredge material sexy when you’re [piling it] over waste, but here we are,” Keene told the audience.

The EPA released a report in December 2020 about the beneficial uses of dredged material from the Great Lakes. The report listed several potential commercial uses, such as adding it to agricultural soil, covering brownfields, putting it in cement and using it for road construction.

The Maryland Port Administration has set aside $2 million for businesses to figure out new ways to use dredged material commercially. According to state documents, the agency has so far awarded more than $1.6 million to six businesses:

$270,400 to Harford Minerals, of Joppa, for concrete and fill applications

$274,200 to Suscon Products, of Joppa, for use in concrete products like retainer walls and blocks

$299,305 to Northgate Environmental Management, a California company with an office in Frederick, for concrete traffic barriers and shoreline protection

$298,061 to Belden-Eco Products, of Canton, Ohio, for ceramic bricks and permeable pavers

$298,470 to CSI Environmental, of Millersville, for geotextile tubes that would support vegetated upland and shoreline berms.

Miguel Lambert, the president of Suscon Products, said the dredged material “is showing a lot of potential” for his business, but the company is still in the preliminary stage of tests.

“Our goal is to use the product in several ways after doing some washing, sieving and screening for the material,” Lambert said.

Suscon will use the sand and stones in the dredged material for its precast products, “which is kind of our bread and butter,” Lambert said. He said the company is also trying to make a lightweight aggregate product out of the silky clay, which is so far producing some “really good results.”

According to Lambert, the company is binding and heating the clay so that it expands, making a lightweight product that could be used for the siding of buildings, rooftop tiles or blocks, but he stressed that there is still of a lot of testing to go.